Speak Without Losing Your Dentures 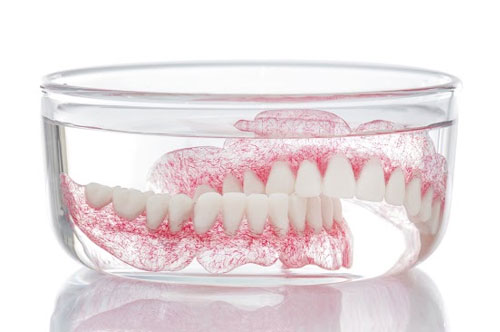 Everyone felt bad for him. No one said anything about it, but it just hung over the room.

He wanted to say a few things about his daughter and about the man who was about to become his son-in-law. This was a proud moment for John and an emotional one as well.

He had practiced what he wanted so many times that his wife had practically memorized it, too. (That turned out to be important.)

As John tried to deliver his heartfelt statement, he struggled. At first, people just assumed that he was caught up in the emotions of the moment, which was understandable.

His wife was the first to realize that it was something else. John’s dentures would not stay in place, which kept him from speaking as clearly as he wanted.

She stood up next to him and took his hand. The longer this went on, the more she could see the embarrassment in his eyes.

Eventually, she spoke on his behalf repeating almost word for word the statement that he’d practiced in front of her at least five times that day.

John sat down when she finished and looked at her with a look that mixed his gratitude and his shame.

That’s also when he decided it was time to do something about his loose-fitting dentures.

If John lived in or near Red Bank, NJ, we would encourage him to visit the dentist office of Denise DiBona, D.D.S.

Dental implants are part of the restorative services that we offer for our patients. Implants are prosthetic roots for teeth.

A single implant and a dental crown create a complete replacement for a lost tooth. A couple implants could be used to hold a dental bridge in place.

And in John’s case, a series of carefully placed implants would have held his dentures in his mouth so he could have delivered his remarks himself.

When implants are placed in someone’s jaw, the jawbone grows new tissue that bonds to the implants. This keep the implants firmly in place, which makes it the most stable way of securing dentures and other replacement teeth.

How Dentures Are A Problem

John’s situation from our introduction is a more public example of what many people with traditional dentures deal with on a regular basis.

Those dentures fit comfortably when you first receive them, but with time, they become looser and looser. They may not fall out when you are trying to make an emotional statement to a room full of people, but the can fall out in other awkward moments.

You can lose your “teeth” while trying to place an order at a restaurant. Your teeth can slip when you are reading a book to your grandchildren.

A cough, a sneeze, even a laugh can cause your dentures to fall out of your mouth.

And we haven’t mentioned eating. Trying to eat with dentures isn’t impossible, but it is definitely more challenging than it was with natural teeth or than it would be with implant-supported dentures.

It doesn’t take long to learn that certain foods are much more challenging to chew and nearly impossible to bite when you have traditional dentures.

Let’s revisit our introduction with the assumption that John had implant-supported dentures instead.

When he stood up, he would have been able to start his speech. He may have had to catch himself as the emotional started to rise, but he would have finished his statement and offered a toast to the bride and groom.

Instead of feeling sorry for John, the room full of people would have felt the pride and joy that he wanted to convey to his daughter and his son-in-law.

And when he sat down, his wife would have given him a kiss to let him know how proud she was of him.

How You Can Get Implant-Supported Dentures

You can start by calling 732-945-5343 or by filling out our online form to request a consultation with Denise DiBona, D.D.S. Our dentist office is located in Red Bank, NJ.

We will examine your mouth and jaw to determine if you are a good candidate for dental implants. This visit is a good time to learn about your implant options and to ask any questions that you may have, too.

* John is not a real person, but you or someone you know may be able to relate to his experiences.

The Latest From the Blog 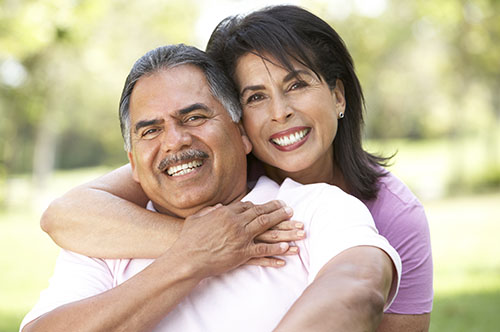 The Connection Between Your Oral Health & ... Read More 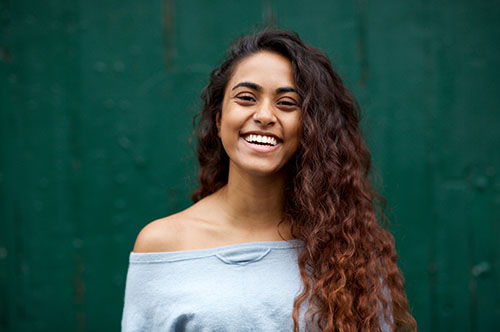 Fall in Love with Your New ... Read More

5 Ways to Have a Fear-Free Dental ... Read More
View All Blog Posts

We can see you as soon as tomorrow!